Home | Pubblicazioni | Private Antitrust Enforcement: an overview of the European and Italian legislation

Private Antitrust Enforcement: an overview of the European and Italian legislation 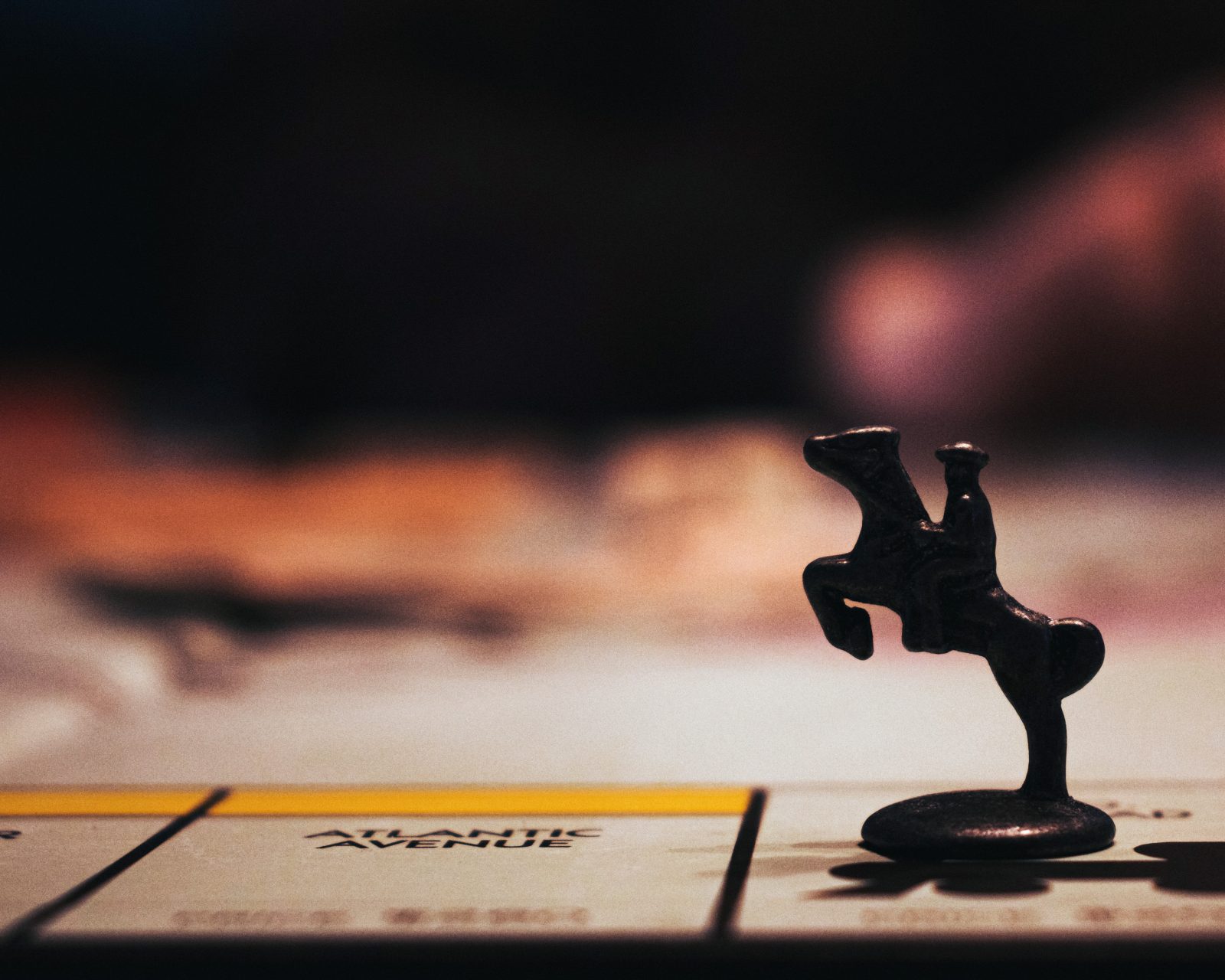 The general purpose of antitrust legislation is to ensure the proper functioning of the market on the grounds of clear and effective rules. Such rules contribute to the creation of a proper and fair competition arena, leading to a reduction in prices while at the same time increasing the quality of the goods and services offered. They also foster business initiatives and meet consumers’ and companies’ needs.

To guarantee fair competition, the European antitrust legislation establishes a two-tier path. On the one hand, public enforcement, enacted by the European Commission and the National Competition Authorities of each Member State, is regulated by articles 101 and 102 TFEU, and it seeks to guarantee the public interest to fair competition by prohibiting anticompetitive behaviors, such as abuse of dominant position or agreements which restrict competition. On the other hand, private enforcement, left to the jurisdiction of domestic courts, aims to protect consumers and companies suffering from a breach of antitrust legislation. Whenever the infringement has caused damage, national judges are entitled to establish the right to compensation.

Although pursuing different goals, public and private enforcement are pivotal and complementary to each other. Public enforcement has a distinctive punitive function within the antitrust legislation, which can be properly achieved by inflicting sanctions.  Conversely, the breach of articles 101 and 102 TFEU has a marked private nature, since certain violations are more appropriately tackled by judicial claims for compensation, which have the ultimate benefit of rectifying the market imbalances created by the anticompetitive practice. Therefore, full damage restoration provided by civil courts ensures that the antitrust legislation produces an adequate deterrent effect and enhances the degree of antitrust compliance.

The scope and purpose of this paper is to provide an overview of the Italian private antitrust enforcement legislation, with a particular focus on the right to compensation for the damages caused by price-fixing cartels.

Note from the outset that, at the European level, private antitrust enforcement is currently regulated by the Directive 2014/104/EU, which establishes a set of principles and promotes legal actions aimed at obtaining compensation for the damage caused by an infringement of articles 101 and 102 TFEU.

The adoption of the Directive was justified by the pressing need of Member States to apply common competition rules, in order to remove national legal divergences and conflicting practices, causing uncertainty on how consumers and companies damaged by an anticompetitive practice could effectively exercise their right to obtain compensation[1].

The fundamental principles of effectiveness and equivalence are stated in article 4 of the Directive. The provision establishes an obligation upon Member States to adopt any adequate instruments ensuring that “all national rules and procedures relating to the exercise of claims for damages are designed and applied in such a way that they do not render practically impossible or excessively difficult the exercise of the Union right to full compensation for harm caused by an infringement of competition law”. Likewise, national rules and procedures “shall not be less favourable to the alleged injured parties than those governing similar actions for damages resulting from infringements of national law”.

The Italian enabling law n. 114/2015 has implemented the European legislation at the domestic level. Besides complying with the general criteria, such piece of legislation states some innovative principles, allowing for an application of the provisions regarding class actions, provided by article 104-bis of the Italian Consumer Code[2] to antitrust legislation infringements. It also establishes the jurisdiction of the specialized division of Enterprises (known as ‘Tribunale delle imprese’)[3]. Such provision allows for a more accurate and prompter decision on the cases:

“As far as competition law is concerned, the complexity of cases and the need for quality and speed of judicial decisions require a specialized judge. This mechanism of technical expertise consultancy, as structured in the Italian legal system, seems to be sound and adequate to guarantee the rights of defense of both parties. In particular, the role of economic consultants is fundamental to provide the judge with the analysis of the most technical elements of the case and to make available to the judge the elements and parameters necessary for the quantification of damages.”

The Italian Legislative Decree n. 3/2017 (hereinafter, the “Decree”) has implemented Directive 2014/104/EU, with a slight delay in comparison to the other Member States. Overall, the set of norms established by the Decree is consistent with the principles set at the European level.

In contrast with stand-alone actions, which do not involve any decision issued by the antitrust authority, follow-on actions are brought to courts pursuant to the decision of the Italian Authority Competition Authority (named ‘AGCM’) or of the European Commission on the matter. The role of the authorities is to ascertain the breach of competition law, identify the parties responsible for and affected by the violation, the duration and seriousness of the anticompetitive practice, as well as its distortion of the correct functioning of internal market.

With particular regard to price-fixing cartels, the related requests of damage compensation will most certainly follow the decision of the Authority, since it may be extremely difficult for companies not involved in the cartel to be aware of its existence, even less so with regard to its duration, scope or subjects involved. Hence, the Decree establishes the binding nature of such administrative decisions, which become final when no longer subject to appeal.

Such binding effect is relevant for national civil judges, called upon to decide on claims for compensation of damages. However, the binding effect covers only the nature of the infringement and its material, personal, temporal and territorial scope, whereas judges are left full discretion on the existence of the harm and the causal relation between the infringement of competition law and the damage suffered[4].

The decisions of the AGCM are equally important to the judicial preliminary activity: the judge may demand disclosure of evidence included in the records of the AGCM, although this is strictly limited to relevant and not confidential evidence, in order not to undermine the effectiveness of the antitrust public activity[5]. For instance, it is not possible to disclose evidence in any way connected to a leniency program or to a settlement proposal[6].

The Decree identifies the persons entitles to claim compensation for damages, namely anyone who, because of the violation of EU or national competition laws caused by a company or an association of companies, has suffered a damage[7]. In compliance with the jurisprudence of the Court of Justice, the Decree implements the full effectiveness of articles 101 and 102 TFEU[8], as it specifies that anyone is entitled to ask for compensation, regardless of whether they are direct or indirect purchasers from the infringer[9].

As to the passive legal capacity, the Decree establishes that all the undertakings that contributed to the anticompetitive practice are jointly and severally liable for the damages caused. Nonetheless, it sets out two exemptions: liability is excluded for small and medium-sized enterprises (SMEs), whose market share when the violation persisted was lower than 5%, provided that it did not have a leading role in causing the violation; the second exception regards enterprises that have been granted immunity in the context of a leniency program[10]. In both cases, such undertakings are only liable for the damages caused to their direct or indirect purchaser; however, the same undertakings, benefitting from the exemptions above, may also be called upon to compensate the damages suffered by other claimants, provided that they could not obtain compensation from the other participants in the cartel.

Under the national and European legislation, the claimant bears the burden if proving the damage suffered and the causal nexus between the violation of competition law and the damage.
As to the quantification of damage, the Decree recalls the applicable provisions of the Italian Civil Code (article 1223, and following), yet it states that, in case of a cartel, the existence of damages is presumed, although such a presumption is rebuttable by the offender.

National courts may nonetheless seek the assistance of the AGCM for the quantification of damages[11], since its decisions recall specific studies concerning cartel-caused damages. Those studies, conducted in the US[12] and in the EU[13], have shown an average increase in the amount of overcharge between 14% and 20%, depending on the duration and the severity of the anticompetitive practice.

In this regard, the effects of the passing-on of overcharges on the quantification of the victim’s damages play a crucial role. Indeed, companies buying goods and services which are subject to a cartel tend to raise the price of their own products, passing-on the overcharges to the end of the supply chain, therefore it is the final consumer who actually bears the price of the cartel.

In compliance with the general principles of Italian law, the claim for compensation of the damages resulting from a breach of antitrust law shall be brought to courts within 5 years. The limitation period begins from the date the antitrust violation has ceased or the moment when the damages party becomes aware of the violation, of the identity of the offender, and of the fact that the conduct constitutes violation of competition law and has caused a damage[17].

When the antitrust authority begins a formal proceeding, the limitation period is suspended for the whole duration of the proceeding, and for an additional year following the issuance of a final decision.

The Decree established that the mandatory jurisdiction over cases concerning private antitrust enforcement is given to the specialized division of Enterprises, which are in the courts of Milan, Rome, and Naples[18]. Thanks to the remarkable expertise of the judges, cases are easily and promptly decided, with important benefits in terms of efficient administration of justice.

[8] Decision of 20th September 2001, C-453/99, Courage, par. 26 and 27: “The full effectiveness of Article [101 TFEU], in particular, the practical effect of the prohibition laid down [in par.1 of the Article] would be put at risk if it were not open to any individual to claim damages for loss caused to him by a contract or by conduct liable to restrict or distort competition. Indeed, the existence of such a right strengthens the working of the Community competition rules and discourages agreements or practices, which are frequently covert, which are liable to restrict or distort competition. From that point of view, actions for damages before the national courts can make a significant contribution to the maintenance of effective competition in the Community”.

[15] In the US, for instance, the so-called ‘passing-on defense’ is precluded to the defendants in a cartel damage claim, as well as the action for compensation is precluded to indirect purchasers. See the decisions of the Supreme Court in Hanover Shoe v. United Shoe Machinery Corporation, 392 U.S. 481 (1968) and Illinois Brick Co. v. Illinois, 431 U.S. 720 (1977).